The Law of Return originally allowed for any Jewish person to immigrate to Israel and gain citizenship.  The law was unanimously passed into law by the Knesset in 1950, this law is based on the Zionist philosophy establishing Israel as a Jewish state.

Since Israel’s founding, Jews of all stripes have immigrated to Israel. The most common reasons include a feeling of belonging, strengthening Jewish identity, religious imperatives, joining family members already in Israel, fleeing tyranny, conflict, economic hardship or antisemitism, or a combination of those and other rationales.

In 1970, Israel took another historic step by granting automatic citizenship not only to Jews, but also to their non-Jewish children, grandchildren, and spouses, and to the non-Jewish spouses of their children and grandchildren.

This important and justified amendment ensured that not only that families would not be broken apart but also promised a safe haven in Israel for non-Jews subject to persecution because of their Jewish root.

A common misconception is that Israel is alone in having laws that give special immigration and citizenship rights to a particular ethnic or religious group. The fact is that several countries, including Germany, Greece, Hungary and Ireland have similar laws.

This month,  August 2020, MK Bezalel Smotrich (Yamina) sponsored a controversial new bill that would redefine who is allowed into Israel via the Law of Return. Today, August 26, 2020 Smotrich rescinded the bill  and did not bring it to a vote following a stormy debate at the Knesset.

According to Jewish law, a person is considered a Jew if his or her mother is Jewish. This is the same definition given in the Law of Return, however, the law also allows a person to be an oleh if he or she has a Jewish grandparent or is married to a Jewish person, regardless of whether or not they consider themselves Jewish.

This has proved controversial because it raises the prospect that people immigrating to the country are not really Jewish and have no real connection to the Jewish culture or religion, which is a major problem when the objective of bringing new people to Israel is to maintain and enhance its Jewish identity. There is a widely prevailing feeling in Israel that some people who immigrate under the Law of Return are doing so simply to take advantage of what Israel has to offer in terms of a stable economy and a relatively high standard of living, not to mention the very generous financial incentives that the Jewish state gives to new Jewish immigrants.

Smotrich sought to change the law to apply only to anyone with a Jewish parent. While by Jewish Orthodox law, only someone with a Jewish mother is considered Halachically Jewish, Smotrich said he wants to stop the law from applying to a grandchild of a Jew, as a step on the way to applying only to Jews by Jewish law.

A fundamental principle in the 1948 return to our ancestral homeland, and echoing the vision, mission, and values of a Jewish and democratic state, Israel’s Law of Return was enshrined as a means of ensuring that ‘never again’ would fulfill its prospective promis…To re-evaluate this principle, without detailed statistics on who it would affect and its implications, is irresponsible and indicates the political nature of this proposal….Due process and good governance are essential if the goal is indeed genuine discussion and reform”

Alyiah Future and the Effect of the COVID 19

The Jewish Agency reports that 250,000 Jewish immigrants are expected to arrive in Israel within 5 years. Ten to fourteen thousand Jews already await immigration in Ethiopia. There has been a dramatic jump in the number of people interested in immigration to Israel, along with a slowdown in the rate of actual immigration in the first half of 2020 due to corona restrictions.

About 25,000 new immigration files have been opened: This includes an increase of 91% from Western countries in general and 400% from North America. It also includes a 36% increase in applications for immigration to Israel among young people.

According to the Jewish Agency Report’s data, about a quarter of a million people entitled by the Law of Return, are expected to immigrate to Israel in the next three to five years. The expectation is based on a number of components: “Aliyah emissary” reports from around the world, response to aliyah events abroad, and (especially) inquiries to the Jewish Agency’s “Global Center” regarding aliyah. There has been an increase of tens and even hundreds of percent in inquiries from those interested in immigration from all over the world. The report also shows that in the first half of 2020, approximately 8,500 immigrants from dozens of countries immigrated to Israel, compared with approximately 16,000 between January and June 2019. 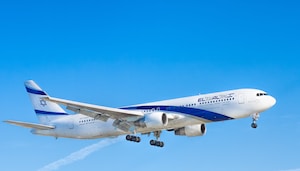 PrevPreviousAustralian Immigration Update for Hong Kong Nationals
NextABC: How might coronavirus be transmitted on a flight and what can you do to protect yourself?Next