The Citizenship Order 1925 facilitated the acquisition of Palestinian citizenship by Jews who took up their permanent residence in Palestine.

Under the Order, Palestinian citizenship could be acquired by:

1.      Natural change from Ottoman to Palestinian citizenship (Part I of the Order)

2.      Birth to a father who was a Palestinian citizen himself, or birth within Palestine without acquiring the nationality of any other State (Part II of the Order)

3.      Naturalization following a period of residence in Palestine (Part III of the Order).

Palestinian citizens had the right to reside in Palestine, but were not British subjects, and were instead considered British protected persons.

At midnight on 14/15 May 1948, the Mandate for Palestine expired and the State of Israel came into being. The Government of Palestine formally ceased to exist and the status of British forces still in the process of withdrawal from Haifa changed to occupiers of a foreign territory. The Palestine Police Force formally stood down and was disbanded, with the remaining personnel evacuated alongside British military forces. Further, the British blockade of Palestine was lifted, and all those who had been Palestinian citizens ceased to be British protected persons, with Mandatory Palestine passports no longer giving British protection.

The Israeli Law of Citizenship

Israel as a sovereign state enacted its Citizenship Law in 1952. This law did not automatically recognize all nationals of Palestine as Israeli. Jewish and Arab residents of the Mandate became citizens by the use of different means; Jews using the Law of Return and Arabs only if they met the following requirements:

Since the establishment of the State of Israel, Jews have been allowed to simply show up and request to be Israeli citizens, assuming they posed no imminent danger to public health, state security, or the Jewish people as a whole. Essentially, all Jews everywhere are Israeli citizens by right.

The Law of Return

In 1950, Israel’s Knesset passed The Law of Return, which officially recognized the right of every Jew to immigrate to Israel. The law was changed in 1970, by granting automatic citizenship not only to Jews, but also to their non-Jewish children, grandchildren, and spouses, and the non-Jewish spouses of their children and grandchildren.

Upon enacting the law, the Israeli Prime Minister David Ben-Gurion addressed the Knesset:

“This law does not provide for the State to bestow the right to settle upon the Jew living abroad; it affirms that this right is inherent in him from the very fact of being a Jew; the State does not grant the right of return to the Jews of the diaspora. This right preceded (sic) the State; this right built (sic) the State; its source is to be found in the historic and never broken connection between the Jewish people and the homeland.”

Challenges to the Law of Return

The 1970 addition to the Right of Return was challenged in  August, 2020, when MK Bezalel Smotrich (Yamina) sponsored a controversial new bill that would redefine who is allowed into Israel via the Law of Return. Smotrich later withdrew the bill and did not bring it to a vote following a stormy debate in the Knesset.

According to Jewish law, a person is considered a Jew if his or her mother is Jewish. This is the same definition given in the Law of Return, however, the law also allows a person to be an “oleh” if he or she has a Jewish grandparent or is married to a Jewish person, regardless of whether or not they consider themselves Jewish.

MK Smotrich argued that the 1970 addition created a situation whereby people immigrating to Israel were not Jewish and had no real connection to the Jewish culture or religion. This was seen as a major problem when the objective of bringing new people to Israel was to maintain and enhance its Jewish identity. As such, he argued in the Knesset on August 26, 2020, that:

“The purpose of the (proposed – A.A] amendment is to reduce the rights of family members who fall within the scope of the law, in such a way that the descendants entitled to it [Rights under the Law of Return – A.A] will be only the children of a Jew and not his grandchildren, to prevent one of the great absurdities in Israeli law.”

There is a prevailing sentiment in Israel that some people who immigrate under the Law of Return are doing so simply to take advantage of what Israel has to offer in terms of a stable economy and a relatively high standard of living, not to mention the very generous financial incentives that the Jewish state gives to new Jewish immigrants.

MK Smotrich sought to change the law to apply only to anyone with a Jewish parent. While by Jewish Orthodox law, only someone with a Jewish mother is considered halachically Jewish, Smotrich said he wants to stop the law from applying to a grandchild of a Jew, as a step on the way to applying only to Jews by Jewish law.

Blue and White MK Michal Cotler-Wunsch argued against this proposed bill and said:

“A fundamental principle in the 1948 return to our ancestral homeland, and echoing the vision, mission, and values of a Jewish and democratic state, Israel’s Law of Return was enshrined as a means of ensuring that ‘never again’ would fulfill its prospective promise…To re-evaluate this principle, without detailed statistics on who it would affect and its implications, is irresponsible and indicates the political nature of this proposal….Due process and good governance are essential if the goal is indeed genuine discussion and reform.”

Kan-Tor & Acco is a leading immigration law firm in Israel. Partner Amit Acco is the Head of the Israeli Immigration Law Department. 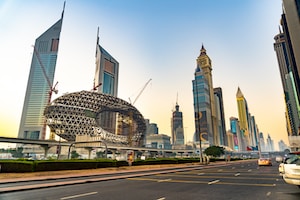 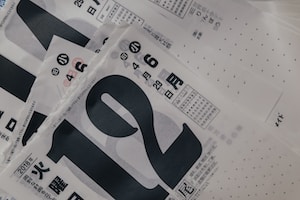 Period of Quarantine Reduced from 14 to 12 days: Practical Tips

By Hila Itssowits, Senior Paralegal | On November 12, 2020, the Israeli Health Ministry has

Processing Time for Visa Applications in the Ministry of Interior